Raise your hand if you’re currently watching the NHL Playoffs? Pick me, pick me! Because I am and it is nuts! One of the most exciting ones yet for me. I’m a huge San Jose Sharks fan, however, since our trip to North Carolina, I can’t help but have a soft spot for the Carolina Hurricanes.

If you’re new to the blog, this post is part 3 of 4 of our Family Trip to North Carolina. We started out in Chapel Hill, Durham, then Raleigh, and Wilmington. We were lucky enough to be able to partner with the travel bureaus in each area, and for this post, I’d like to thank the Greater Raleigh Convention and Visitors Bureau for their hospitality!

These fun facts were found in the on Visit Raleigh’s website. To find more fun facts and information, be sure to check them out.

Where We Stayed / How We Got Around 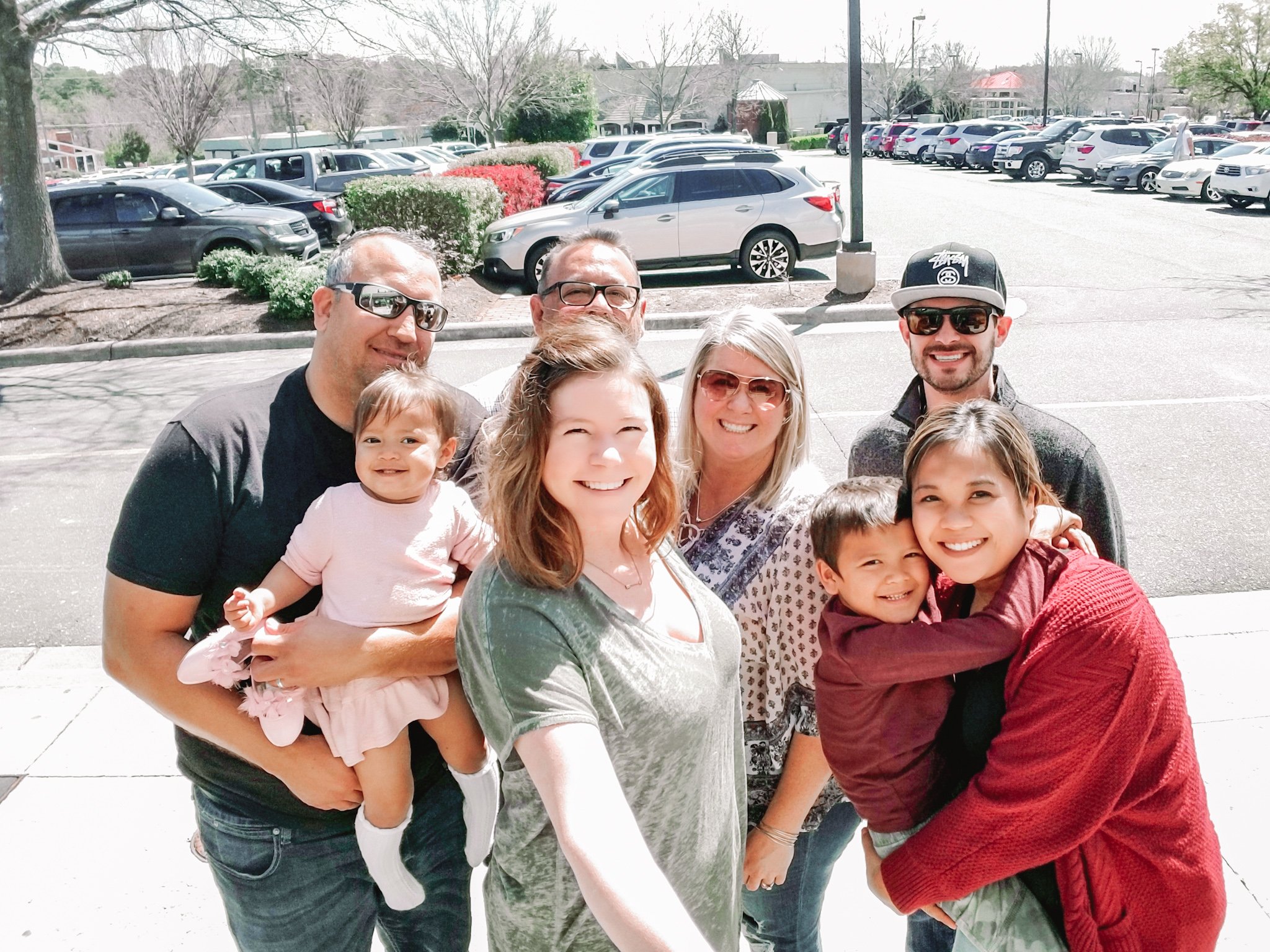 For this visit, we were lucky enough to have family members that live in Raleigh. Holly Springs to be exact. It’s rare that we get to see them, so it was nice to be able to stay and visit with them. If we didn’t stay with family, our first pick would’ve been the Embassy Suites. It’s usually our go to because of the amenities.

Renting a car through Costco Travel has been our go-to for pretty much all of our trips. I can always find a great deal even when it’s last minute. Although we’re a family of four, I always like to rent a SUV so that we know we’ll have plenty of space… especially with all the luggage we have to tote around.

North Carolina is super family friendly! As I mentioned in the previous posts, a lot of the attractions are FREE or low cost. To make the most of our trip, we checked in with the visitor’s bureau first, to make sure we were making the most of our time.

There were so many hands-on exhibits here and there’s an IMAX theatre that just opened up. It’s 2 stories with indoor and a small outdoor area. The first floor was fun, but the 2nd floor had hockey, a mini gym, basketball, and so much more. Both my kids had so much fun and of course didn’t want to leave. There were in and out privileges so we were able to leave and grab lunch.

This is the first public park in North Carolina. It’s the 5th oldest operating amusement park in the Unites States, and the 16th oldest in the world! You can purchase tickets to go on the carousel, train ride, kiddie boat, and pedal boats, or you can play for free on the playground.

Growing up, I was/am a huge hockey fan. I never thought that I’d go to another hockey game where the San Jose Sharks weren’t playing. Thanks to the Carolina Hurricanes and Visit Raleigh, I finally did… and so did my family. It was such an awesome game! It was the highest scoring game I’ve ever seen and the crowd was really crazy. It really hyped us all up, and the NHD Championships is even more exciting for us now.

What Else To Do

Neuse River Greenway Trail – There’s 27.5 miles of paved trails with scenic views of the river, historical sites, and much more.

North Carolina Museum of Natural Sciences – Have you ever seen pictures of the huge globe outside of a building? Well my friends – this is it! It’s the largest Natural History museum in the Southeast.

There were so many restaurants in Raleigh and the surrounding areas, that it was hard to pick just one. So guess what? We didn’t….

North Carolina is known for its pigs. There’s more pigs in the state than there are people! So naturally – the BBQ is all about the hogs. We ended up choosing Clyde Cooper’s over the Pit because it’s the longest running BBQ restaurant in the state. My son loved the fried chicken, and the pulled pork was delicious. Oh and apparently Hell has frozen over because they now accept credit cards. No. Really. That’s what they said….

I had a steak salad and it was so good. The salad dressing really made it. The owner was so nice. She carried Kelsey and showed her around, and Kelsey didn’t even want to go back to me! I wish I had some pictures but it was such a good time catching up with everyone that I decided to put the camera away.

Hands down the top 3 Shrimp and Grits that I’ve ever had. And trust me – I’ve had my rounds with it. The Brussel Sprouts were also delicious! Kelsey couldn’t stop eating it. I don’t think she even had room to eat her actual meal. This restaurant is co-owned by the same owners as Scratch, so I was really excited to check it out.

This was such a fun experience. The front serves as the candy store, and then when you think that’s all there is, you find out there’s more! If you want towards the back of the store, there’s the chocolate factory where they make all their chocolate, and you can watch it all go down. Let me tell you – the chocolate was delicious!

So naturally – when you’re pigging out, your belly gets full. It was hard to muster enough stomach room to try out the other restaurants on our list. The lines out the door made that choice a little easier though. So with a line out the door, it must be good, right? 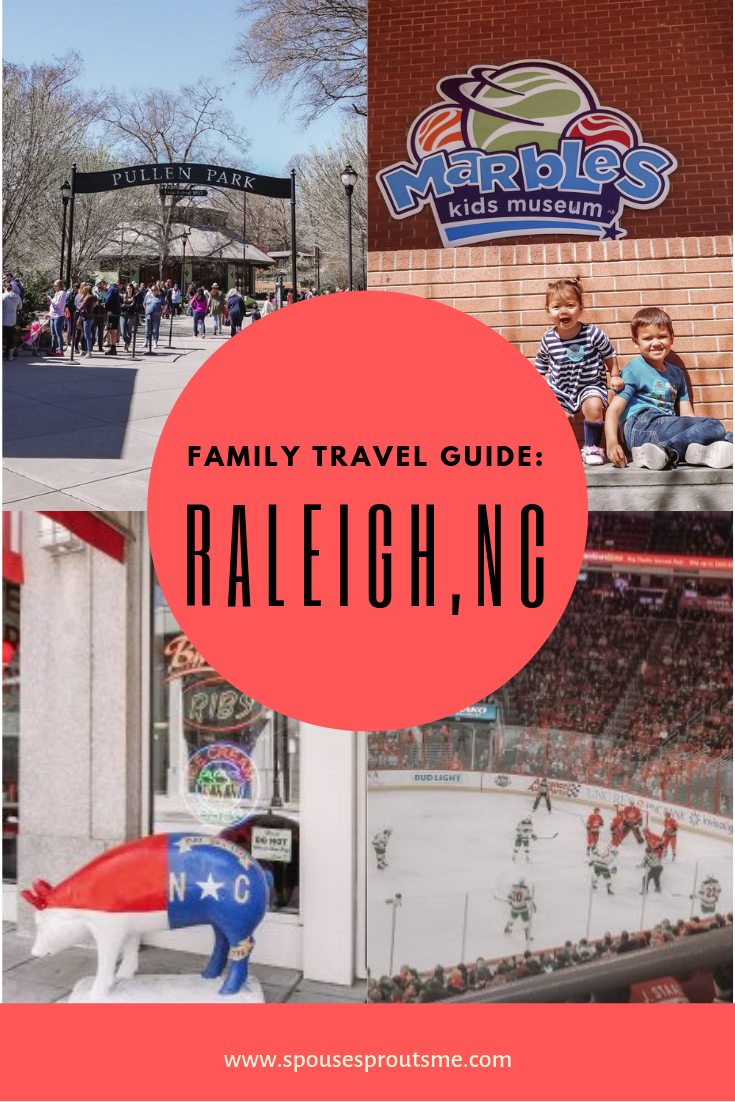 And there you have it. Have you ever been to Raleigh, and do you have any recommendations or local insights? I’d love to hear about it.