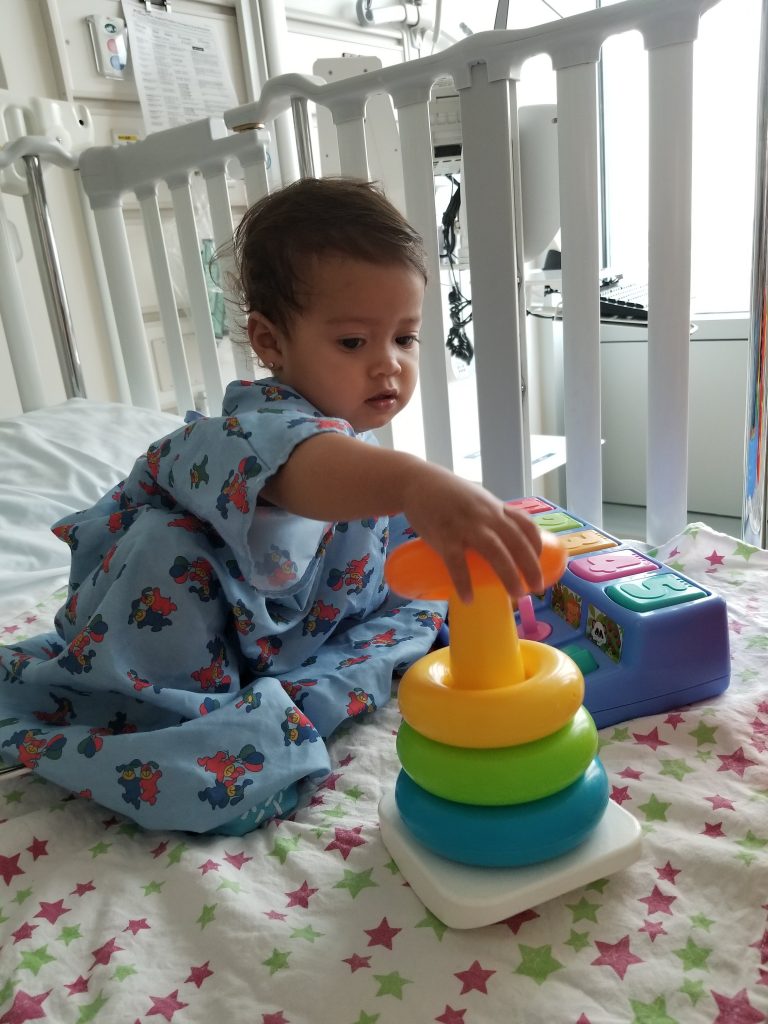 Do you ever get that pit in your stomach and feel like something is just not quite right? Today, I’m here to tell you to listen to it! Don’t let that drunk monkey tell you that you’re overthinking it, or let that certain someone tell you that you’re just paranoid (well I guess to a certain extent). We just had a crazy ordeal happen with Kelsey and had I not trusted my instincts – it could’ve turned out worse.

When I brought Kelsey home from Daycare a few months ago, her breathing was very short and heavy. She later on had a fever, and we didn’t think much more of it other than the usual stuff you do when your baby is sick with a fever. She went to bed that night pretty early, she woke up around 2:45am, and I gave her some more medicine to help with her fever. She stayed up for a couple of hours so I decided to get online and look up some of her symptoms. Everything pointed to Bronchiolitis, which per Wikipedia, is a small blockage of the airway in the lungs due to a viral infection. I kind of shrugged it off and thought, “Okay Jenny. Hypochondriac!” and went back to bed.

The next morning, she still had a fever and was still breathing pretty heavily, so I decided to text her AMAZING nurse – who happens to be our Daycare lady’s daughter, our close friend, and we’re somewhat related now too! – to see if our Pediatrician had any openings. Sure enough, there was a spot at 9am, so I rushed out the door grabbing the usual necessary items and got us there 15 minutes early! We got her checked in, ran all the vitals, and I thought it was just going to be: she has a fever, give her Tylenol, wait for the fever to go down, done. Turns out it was waaaaay more than that. They had her do the nebulizer and that helped a little bit, but her breathing was still really short and heavy. Possible Brochiolitis on one side of the lung, and Brochiolits and Pnemonia on the other side, or a strain of the flu, or who knows what but due to the fact we have asthma in our family, they didn’t want to take any risks. They wanted to send her in an ambulance to the hospital so that her oxygen levels could be monitored during the transfer. We ended up not having to take the ambulance and were able to transport ourselves, but just hearing the risks were scary enough so I got my ass to the hospital ASAP! Finding parking may have taken longer than getting there!

Once I found the room our nurse said we were assigned to, we were admitted in right away and we got down to business. They tried the nebulizer again and determined that that didn’t really help, so she received some more fever medicine to help her temperature go down in hopes that that would help with her breathing. It definitely did, but we still needed to figure out what was wrong. They did an oral swab to test for the flu, and it came back negative. During this time, she was still not taking down any fluids so we had to decide if she was going to need an IV or not. Hours went by and she was barely drinking any liquids and had not had a wet diaper since the morning, so we decided to get her hooked up. I would not recommend going in with your child to do this because it probably would’ve been smoother if I had waited outside instead. It was pretty traumatizing having to hold down and watch my baby get pricked while she’s screaming bloody murder, and looking at me like “why would you do this to me?!?!?!?” TEARS all the way around! The nurses were great though. They were singing Baby Shark and trying to distract her during this whole ordeal.

After the nurses finally got the IV in her, she came back to her room and celebration and applause because she finally had a really wet diaper! After that, we watched some lullabies on Youtube on the hospital’s 70″ (probably bigger) TV, then she finally fell asleep. We stayed overnight at the hospital so the Drs and Nurses could observe her. 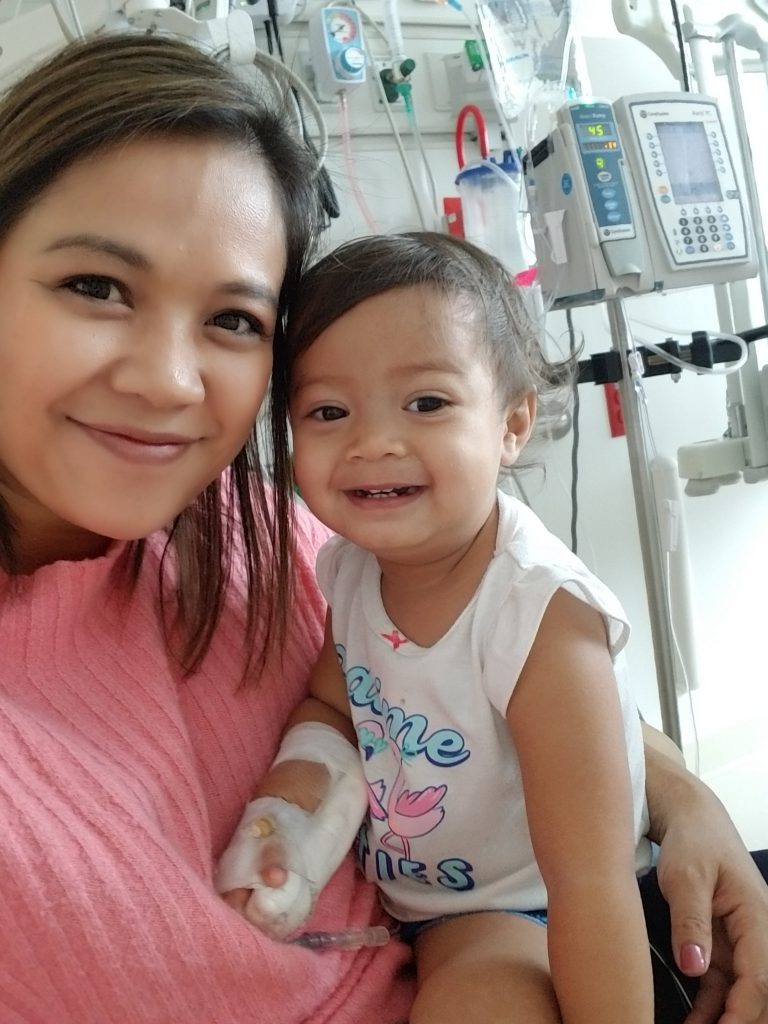 I don’t know if I’ve been through something more traumatic than this in my life! Everything has always been planned so we knew what to expect when it came to surgeries and Dr or hospital visits. I’m so thankful that we have a great relationship with our children’s nurse, who was able to get us in last minute; my husband and son for rushing over to be with us while we waited; my sister for coming by to check up on us; Kim, my Junior TC who is on a 3 month vacation and stepped in to cover for me; and everyone else who messaged to see how we were doing and if everything was okay. This ended up being a way longer post than I intended, but now you know the whole backstory of why Kelsey was in the hospital and why I say you should TRUST YOUR INSTINCTS!